Their fear was contagious

They can always think of a good reason for not being able to lift yourself out of the dirt and drunkenness. Their fear was contagious. I was born among them, nothing easier than to become one of them again...

You realize that it's all determined

It never occurred to me that money might be at the root of these differences, I thought one was born clean or dirty, orderly or slovenly. The drunkenness, the tins of corned beef, the newspaper hung on a nail in the outhouse, I assumed that they wanted it that way, that they liked it like that.

It's not until you've had a chance to think about it quite a bit, until you've read and studied a bit, especially when you are a child, that you realize that it's all determined. 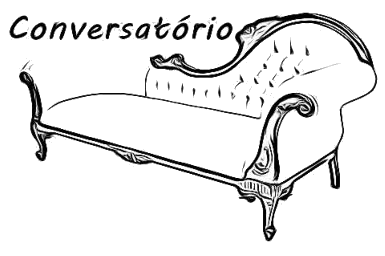 I had learned to make comparisons

I'm not like them, I'm different. I have nothing to say to them. I hardly dare to say this to myself anymore. Respect others. But that doesn't change anything. I'm a bitch.

"Honor your father and mother." Not much of that. The worst thing was that they weren't bad to me, or strict. I didn't talk about it to anyone, but at school, walking around in town, reading. I had learned to make comparisons.

Everything seems so important when you're ten years old

Everything seems so important when you're ten years old, you make a mess of things, it's all new and strange.

Perhaps there never was an equilibrium between my two worlds

Perhaps there never was an equilibrium between my two worlds. I must have taken one as the point of reference, difficult not to.

If I'd opted for the world of my parents, of the Lesur family, it would have been worse still, half of them were pickled in red wine, I'd never have wanted to do well at school, I'd have been behind the counter selling potatoes, I wouldn't have gone to college.

Small wonder that I hated the shop, the café, the pathetic customers always after credit.

I'm trying to find excuses, was there any other way out? Out of what?

Beautiful stories I can escape into...

Beautiful stories I can escape into...

As far I was concerned, the author didn't exist, he was just transcribing the lives of real people. My head was filled with a multitude of characters, free, rich, and happy or else living in black despair, the real thing, orphans in rags, eating crusts, no one to turn to.

I go everywhere with my heroes, I live in their shadow

"That kid, always got her nose in a book!" My father tells the customers about me.

It's satisfying not to reply, to drag two chairs outside, one to sit on, the other for my feet and my snack and to make myself confortable as befits the real Denise Lesur, the new Denise Lesur, friend of the model blond children featured in the serials in my magazine.

I go everywhere with my heroes, I live in their shadow. In the time it takes to lick and scoop up the butter that had come off my bread as I bit into it, I have invented a meeting with my heroine.